Posted by Fred Bteich on February 28, 2012 in Blood Facts

Since we’re born, in school books, all of us  get to learn, shallowly at least, about our body’s organs and tissues among which the blood.

We’ve always been told blood is red. Is it really true? Well, we’re about to find out, but first let’s discover what gives the blood its color.

Among the blood’s components, the “red blood cells” are the ones we donate and as their name suggests, their color is red. It is because of “Iron” or scientifically talking “the ion Fe2+”, found in a major protein of the cell called “Hemoglobin” that carries oxygen through the body. A slight difference is to be made between arteries (oxygenated) and veins (deoxygenated) which are the vessels that carry our blood, since the color varies between bright red in the former and dark red in the latter.

Hemoglobin is present in the majority of the species or is replaced by another oxygen-carrier, except for a fish family called “Channichthyidae” found in the cold waters around Antarctica and South America, where the protein constitutes no more than 10% of the red blood cell, hence unable to fix “Iron” and making the blood transparent!

In some invertebra and a specific class of annelids (or ringed worms) called Magelona, a pale violet to pink blood can be distinguished despite the presence of an Iron-fixing protein.

In this case it’s called “Hemerythrin” and has, without going into medical details, a different structure than “Hemoglobin”, hence unable to make blood red.

Annelids, such as earthworms and leeches, have in their blood a weaker-than-hemoglobin oxygen transporter called “Chlorocruonin“.

“Iron” binds to this protein, structurally different than hemoglobin, giving the blood a green color!

Some arthropods and most mollusks have, instead of “Hemoglobin”, an oxygen transporter called “Hemocyanin” which doesn’t attach

“Iron” hence, unable to give blood its red color. In these species, “Iron” is replaced by “Copper” also known as “the Cu2+ ion”.

This mineral, particularly found in the horseshoe crab (Limulus polyphemus) that live primarily in or around shallow ocean waters, binds to the “Hemocyanin” protein and transforms the blood to blue! 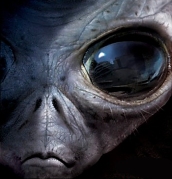 Scientists have managed to create synthetic pigments that bind reversibly to oxygen.

These pigments turn blood in veins to yellow but are yet to be found in terrestrial respiratory systems. Organisms with them would not be poisoned by the gas, as humans are.

Iron in human blood: Red and only red under normal conditions

Human blood contains “Hemoglobin” and “Iron” in normal circumstances making it red. However, its color can turn to unclear orange typically in women during their menstrual cycles.

It can also turn blue when the blood is deoxygenated, which means the person is in hypoxia or suffering from lack of oxygen and is unable to breathe correctly due to some pathologic conditions. The color switches back to normal red whenever the condition is corrected.

A metal fan, a blogger and a news/sports-obsessed medical student.

← “Put yourselves in others’ shoes, you won’t consider it twice” recommends Fred
2 new Blood Types discovered! →

There was an error retrieving images from Instagram. An attempt will be remade in a few minutes.