“The Man with the golden arm” 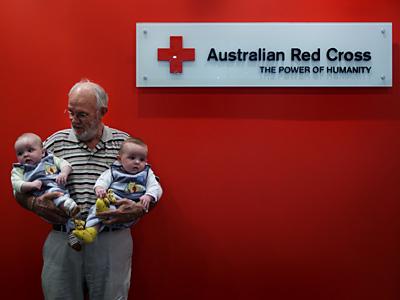 In 1936, while Australia was still under the rule of a monarch, facing many political problems, somewhere in the country, a man by the name of James Harrison was born, whose actions later on were to impregnate Australia’s history for years to come..

James grew up happily, enjoying life as every kid would do, until one day he was diagnosed with cancer, a disease that would soon change his life. Aged only 13, one of his lungs had to be taken out in a major chest surgery, following the discovery of a metastasized pneumonia inside the organ. The operation required around 13 liters of blood, and he had to rest at the hospital for three months to recover.

Throughout this period, he pondered upon what has happened to him so far, realizing the importance of blood in saving his life, for the amount needed during his operation exceeded twice the amount a normal human has inside his whole body, roughly 5 liters.

That pushed him to make a pledge a year later to start donating blood as soon as he turned 18, but his life was far from returning to its normal state..

As soon as he started donating, he was shocked to discover, and so did the whole community, that he carried an extremely rare blood type deemed so special that his life was insured for one million Australian dollars.

“They insured me for a million dollars so I knew my wife Barbara would be taken care of,” he said.

“I wasn’t scared. I was glad to help. I had to sign every form going and basically sign my life away.”

In fact, his elixir of life contained antibodies (proteins that normally protect the body by killing anything suspicious such as viruses, cancer cells, bacteria..) that would attack other antibodies responsible for what is called the “Rhesus Disease”, a condition in which a mother carrying a (-) blood type, develops antibodies against her infant’s cells during birth if the baby turns out to be of (+) blood type. In Australia, 17% of all pregnant women are at risk of this happening.

The picture below resumes the whole situation.

Ever since that discovery in 1954 at 18 years of age, James Harrison has been donating plasma every few weeks and has saved the lives of about 2.4 million children suffering from the “Rhesus Disease”. Incredibly, James’ daughter Tracey, was one of those Australian women who have received the lifesaving “anti-D vaccine“ donated by her dad and gave birth to Scott, who couldn’t have lived without his grandfather’s special help.

“I hope it’s a record that somebody breaks, because it will mean they are dedicated to the cause,” Mr Harrison said of his milestone.

Those 57 years of donations which have rescued Scott’s life among many other children, culminated in him being nicknamed the “Man with the golden arm“ or the “Man in two million“. 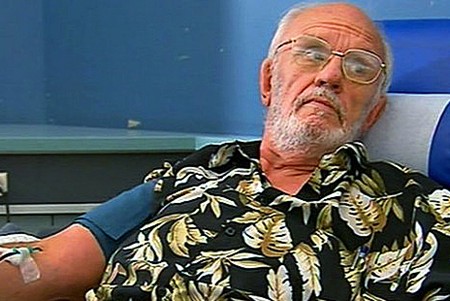