The girl with the weird virus confides to DSC

Everything started on May 17, 2010. I had a worrying permanent fever which forced me to consult a doctor. Two weeks later, my condition was still aggravating and my body’s temperature was getting higher and higher as the days went by, reaching the 41 degrees centigrade at some point. This made me skip my final exams and I was hospitalized for the first time.

There, I got worse and my case couldn’t be solved, as I started fainting more than twice a day, which had me switched to a second infirmary.

16 tubes of blood were taken for testing on the first day and a lumbar puncture was performed, yet the results came in the same; disastrous values on the blood tests, with deficiencies in iron and potassium, a hematocrit level around the 20% mark and an anemic condition.

On the following day, when it seemed I was in for a long stay at the hospital, an intern installed a catheter near my shoulder but the radiological check-up showed it was misplaced, puncturing my lungs and filling my chest with air, which had to be quickly removed.

Days later, I suddenly started feeling well, despite no diagnosis being established, only for my case to worsen again and the fever to shoot up once more. A severe drug, used for treating cancer cells normally, with many adverse effects was then given to me over 8 courses every 15 days. It reduced my immunity levels so badly and given the fact that my blood tests were dismal, I was in need of blood during the therapeutic period.

Then again, I was hospitalized for a third time a bit after, for a medical overdose suffered during the treatment, causing my kidneys to work improperly, intoxicating my blood. I needed platelets badly.

At first, we had extremely tough times finding donors, until a friend of mine told me about Donner Sang Compter, which previously helped him and came to my rescue, bringing me back some hope, reassuring me and helping me hugely during my stay.

Today, almost 2 years after the attack, I’m done with the treatment and I’m perfectly fine. My blood tests conducted every 2-3 weeks are clean and most importantly I’m back to life, stronger than ever. I couldn’t be more thankful for my friend and Donner Sang Compter, without whom I would certainly have been unable to overcome the weird viral attack, which hit my body back then and made me struggle so much, despite never being identified.

Never fear the unknown, no matter how powerful it may seem. I have challenged and conquered this virus, but couldn’t have done that without the help of courageous donors, who not only gave me a bit of their time and blood, but also brought me back to life, raised my morals and opened my eyes to the fact that we sadly get to understand the value of donating blood and saving lives, something we may encounter every day, when it only happens to us.

Defy the odds, no matter how big they are and remember that you only live once … so live it in full. Help as many as you can, in every possible way, and it can all start with a simple blood donation that can rescue a life, just like what I’ve witnessed and will never forget. 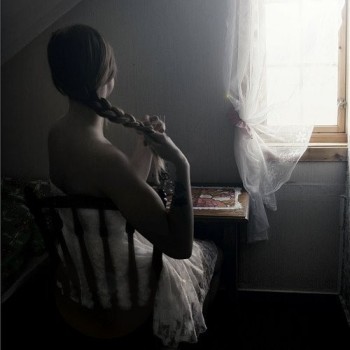