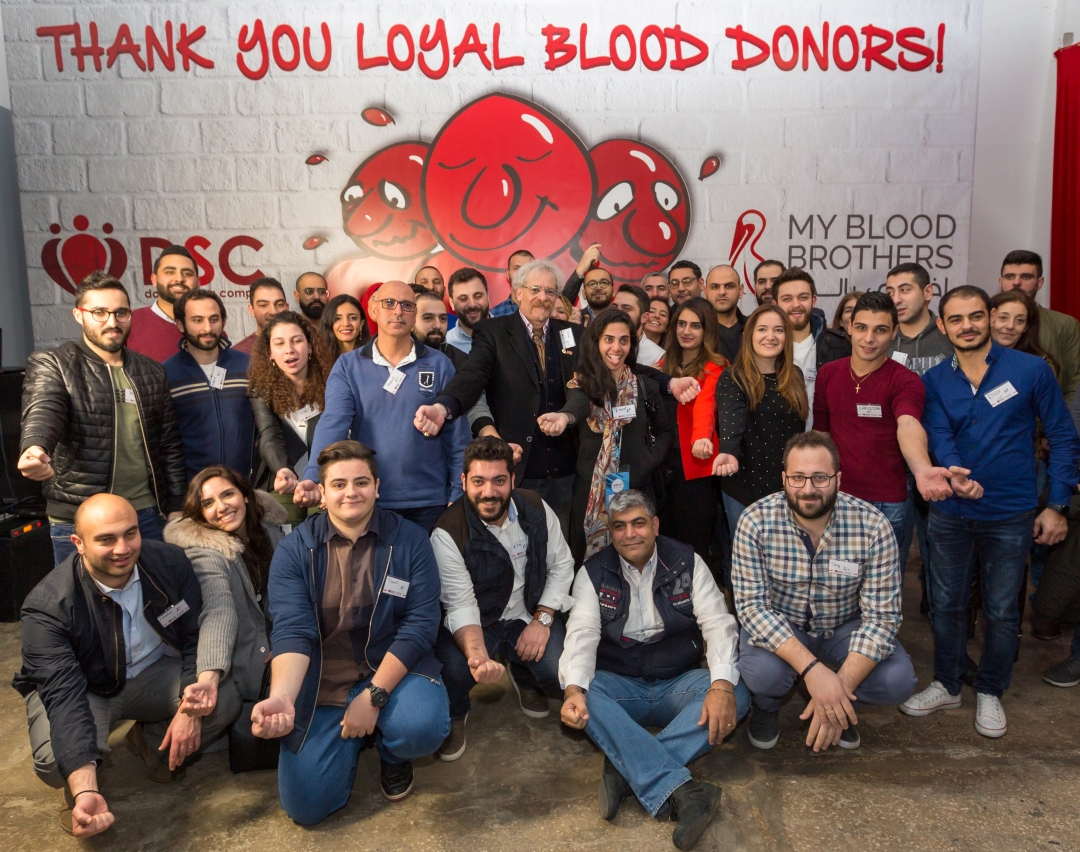 On the 22nd of  February 2018, Donner Sang Compter (DSC) organized a gathering for all its top blood donors at Station Beirut  (Jisr el Wate) to recognize them and thank them for their selfless acts!

Yorgui Teyrouz, our founder and president, launched the event by welcoming all attendees:

“we welcome all of you tonight to thank you for being loyal to the blood donation cause and DSC. All of you have donated several times throughout the years when you got calls from our Call Center to fulfill urgent demands directly at hospitals, so on behalf of all patients I say Thank You!”

The introduction was followed byshort presentations about DSC’s operations and achievements, like receiving and fulfilling urgent blood or platelets demands through its Call Center; raising the stocks of blood banks by organizing blood drives under their supervision; partnering companies to organize awareness campaigns; celebrating the World Blood Donor Day on the 14th of June of every year, and finally DSC’s participation at International blood-related events through joining the International Federation of Blood Donor Organizations (IFBDO).

In addition, discussions were made about daily challenges facing DSC to fulfill the needs, and also about bigger issues related the blood donation system in Lebanon. Thus, new initiatives were announced to address these matters: a partnership between DSC and UBER that offers free rides to donors from and to the blood banks, and the development of a new DSC Mobile App that would facilitate access for both patients (to request blood) and donors (to donate).

“I really appreciate this organization’s efforts towards blood donors”, commented a blood donor. “Having free rides, or getting free parking lots, or even having refreshments after donation should be the least that blood donors can get in this country. I’ve had several bad experiences at blood banks: imagine that I have been refused once just for being a female!”

“I used to donate for many years to people that I didn’t know, until I had an accident and donors – that I did not know – helped me survive”, said a blood donor while giving his testimony to attendees. “I urge everyone in good health to donate often, as we don’t know if one day comes and someone we know will need help”.

At the end, DSC launched the “My blood brothers” community, which holds the “pelican” as its symbol: “According to ancient tales, the pelican is the world’s first blood donor. When a mother pelican cannot find food for her young, she thrusts her beak into her breast and nourishes her little ones with her own blood”.

View all posts by abdosaad123